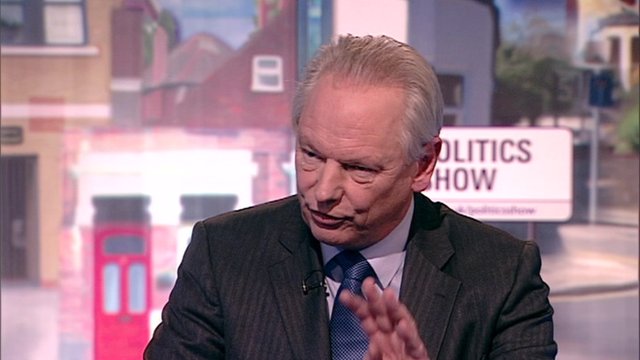 The government has pulled back from threatening new strike laws in its confrontation with the unions over reforms to public sector pensions.
Cabinet Office Minister Francis Maude said existing laws could work well and legislation changes were a last resort.
Up to two million workers, including teachers and border control staff, are due to walk out on Wednesday.
Ministers are urging workers to accept the deal on offer, which unions say is unfair and also lacks clarity.
Speaking on BBC Radio 5 live's Pienaar's Politics, Mr Maude said those who had made the case for having a threshold on turnout in strike ballots would "feel that their hand has been strengthened".
"The biggest unions achieved turnout in these strike ballots of between a quarter and a third. It's a very, very low turnout indeed," he said.
"The case for reform will be strengthened if unions press ahead with calling strikes on the basis of these very low turnouts.
"We keep these things under review but frankly that's not a path we want to go down."
The strike would cause "great damage" to the economy and fellow citizens, he added.
'Awaiting clarity' He added that there was no more money that the government could offer to the unions and accused union leaders of "jumping the gun", urging them to "think again".
Speaking earlier on the Politics Show, Mr Maude accepted there had been no central talks between the government and union bosses since ministers outlined their latest offer on 2 November.
But his officials insisted that Mr Maude - and the chief secretary to the Treasury, Danny Alexander - spoke frequently to the TUC general secretary Brendan Barber on an informal basis, and they were also kept abreast of the negotiations continuing between the government and the unions over the individual pension schemes for health and education workers, civil servants and local government staff.
Mr Barber, however, accused the government of being "intransigent" on several key issues.
Speaking on the Politics Show on BBC One, he said: "Even on proposals set out in early November we are still awaiting absolute clarity. 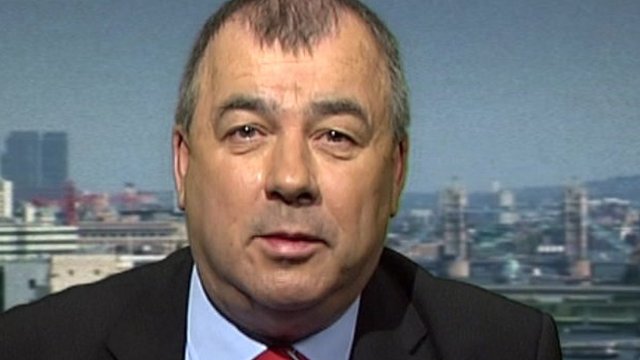 TUC general secretary Brendan Barber: "Nobody is taking this action this week lightly"
"Nobody is rushing to action but the sense of frustration, the sense of real injustice and anger is enormously strong."
Shadow chancellor Ed Balls has said both the unions and the government should "give ground" to avert the strike.
He told the BBC's Andrew Marr Show: "There has to be a deal; it takes both sides to sort this out".
But Conservative deputy chairman Michael Fallon accused Mr Balls of refusing to condemn the strikes.
"It's extraordinary that Ed Balls is now the strikers' friend," he said. "Supporting a strike that will hurt hospital patients, inconvenience parents and hit the economy we need to help."
at November 27, 2011