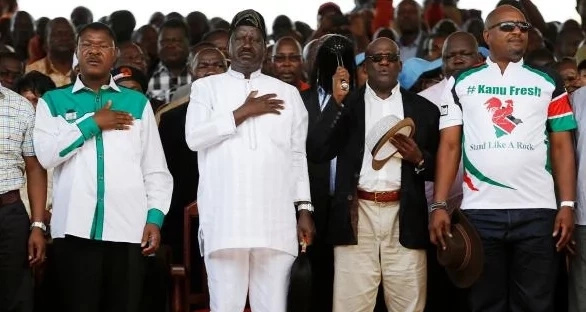 – A group of 60 Kalenjin politicians have joined CORD from Jubilee
– The politicians said they decamped to CORD as the Jubilee government was not honest on the issue of Deputy President William Ruto’s presidency in 2022
– The Kalenjin leaders were welcomed by Ugunja MP Opiyo Wandayi
A group of 60 Kalenjin politicians have decamped to the Coalition for Reforms and Democracy (CORD) from Jubilee.
The politicians cited the lack of support for Deputy President William Ruto for the presidency in 2022 as the reason for their defection. 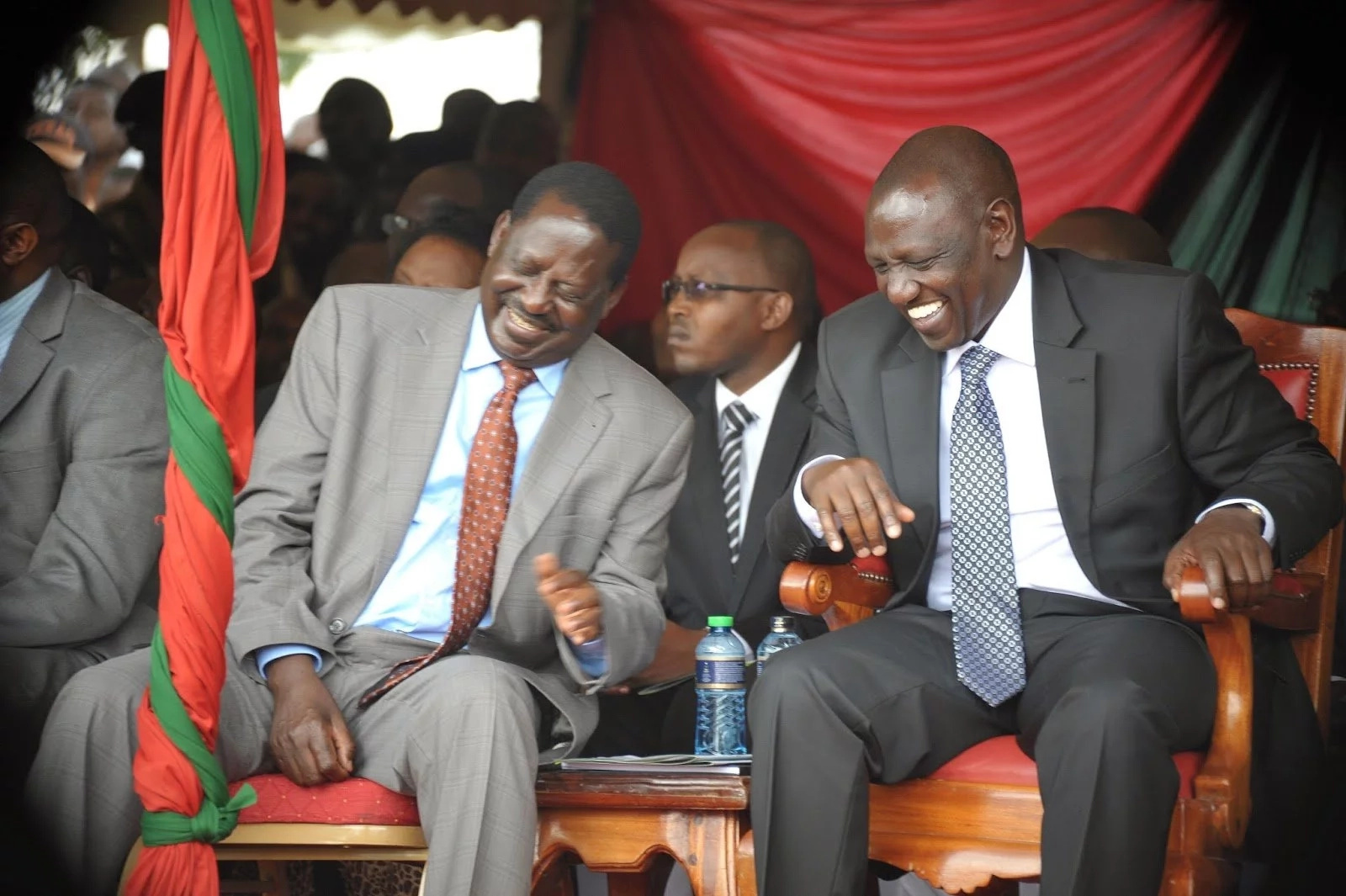 CORD leader Raila Odinga and DP William Ruto. About 60 politicians from the Kalenjin community have joined CORD from Jubilee citing the mistreatment of the DP
READ ALSO: Miguna Miguna goes on a rant against Kenya’s political climate
The Kalenjin leaders were welcome to CORD at Orange House by  ODM political affairs secretary Opiyo Wandayi.
Wandayi, who is also the Ugunja MP, said if Uhuru was honest he should be Ruto’s runing mate for the 2017 election.
The Kalenjin politicians were led by Kalenjin Association vice chairman Robert Cheruiyot.
Cheruiyot said they were now back home and campaign for CORD leader Raila Odinga as he runs for the presidency in 2017.

“We must choose to stand up and be counted. We want to be on the right side of history,
“For the past month, the Kalenjin community has been left in a state of suspended animation with regard to the political future of the community,”Cheruiyot said. 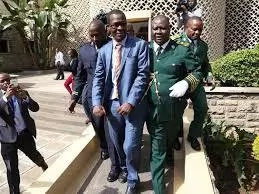 ODM’s Opiyo Wandayi outside parliament after he whistled down president Uhuru Kenyatta. Wandayi welcomed 60 Kalenjin politicians to CORD who decamped from Jubilee.
Cheruiyot said Jubilee has broken its promise to the Kalenjin community after promising them so much before the 2013 election.

“We were the founding members of the ODM party. We were misled to leave the party in 2013 because of one’s selfish interests,
“We were promised heaven, only to be subjected to hell. The last three years have been like persevering an abusive marriage.” Cheruiyot said. 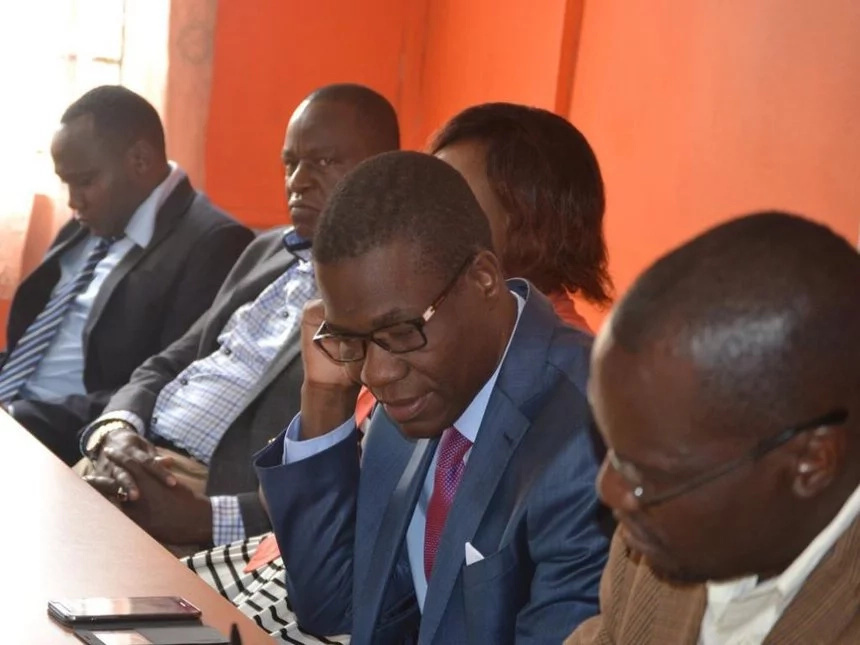 Opiyo Wandayi with 60 Kalenjin politicians who moved to CORD from Jubilee.
Other CORD officials who welcomed the defecting group were ODM Nairobi chairman George Aladwa and Nyando MP Fred Outa.
The latest defection by the 60 Kalenjin politicians follows that of former cabinet minister Kipruto arap Kirwa.
Kirwa decamped from Jubilee to join CORD as he eyes the Trans-Nzoia senate seat in the coming 2017 election.
READ ALSO: Here is the amount CORD MPs were ‘paid’ to attend Jubilee’s Nakuru rally
Cover photo: Reuters