Kenyan airhostess exposed begging for sex and money from a client – A Kenyan air hostess working with Qatar airways has been exposed by a married man that she was making sexual advances on
– The hostess  identified as Mercy retrieved the man’s number from his travel documents and  proceeded to offer sex, anal sex among other sexual favors in exchange for money
– The man turns her advances down and  reports her to her employers
It goes down in the DM.
A man who has sought anonymity has exposed a Kenyan girl who was harassing him and desperately demanding for sex in exchange of financial favours .
READ: Ruthless thugs gang rape woman and urinate in husband’s mouth
The man , according to the tall tale, boarded a plane in Doha, Qatar and had the misfortune of bumping into a wily, Kenyan seductress.  She works for Qatar airways.
It was not hard for her to get his information, including his phone number which was present in his travel documents that she was privy to. Immediately the plane landed, the girl identified as Mercy hatched a plan of milking the man dry- she was willing to give him an express trip  to her cookie jar. 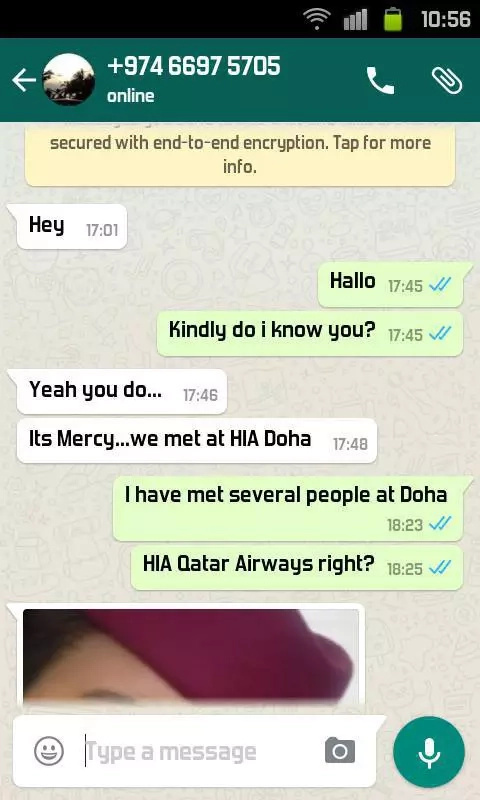 Message 1. Mercy identified herself to herself on text after sending the message to the man
She even sent photos to the man in the hope that the man would fall for her beauty and sweet tongue. 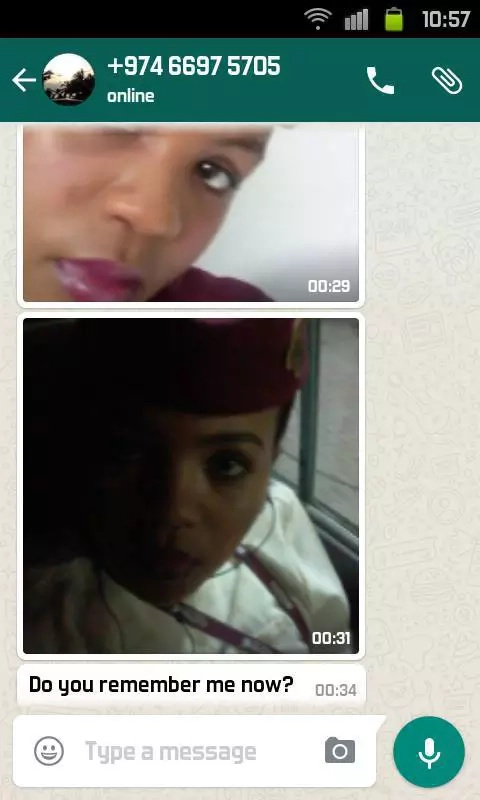 Message 2. Mercy sent her photos to the man as a form of identification.
Even with the photos, the man didn’t seem too interested in whatever wares that the hostess was peddling. Message 3: The girl states the nature of her messages- that she wants money to settle her bills and is willing to go to any lengths to get it. Including pawning her own body
The man objects to her offers and informs her that he is old enough to be her father- he goes on and tells her to keep working hard other than looking for an easy way out. Message 4: Mercy tells the man that she needs money for travelling and for her projects back in Kenya
When the man goes silent, Mercy sends her private photos to him, in the hope that they will awaken something in him. 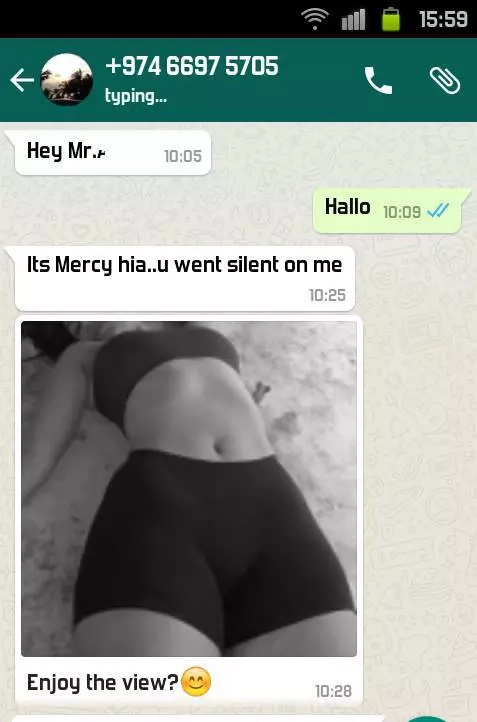 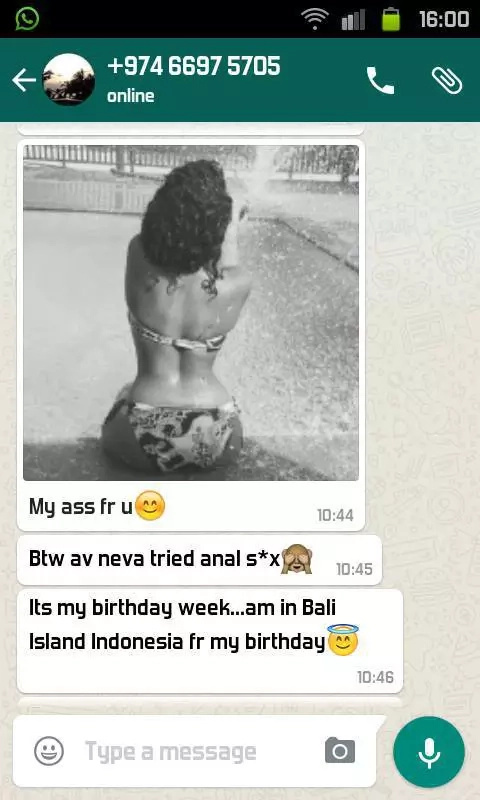 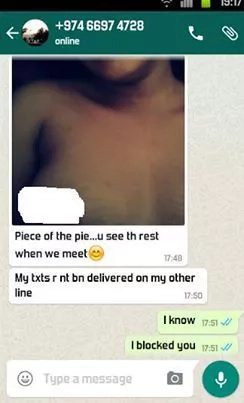 Message 7: Nancy sends her nude photos to the man and gets blocked.
But no block will keep away Mercy from her goal, she swaps lines on whatsapp  and continues texting the man. Message 8: Nancy swaps phone numbers and continues texting the man
In the communication that follows. Mercy reveals that she loves White men regardless of their age as long as they have money. She adds that she has a particular loathing for Arabs. According to her, Arabs smell bad, have small penises and pay their employees peanuts. Message 9: Mercy reveals that she loves White men regardless of their age as long as they have money. She adds that she has a particular loathing for Arabs. According to her, Arabs smell bad, have small penises and pay their employees peanuts.
The conversation ends when the man tells her that he is going to report her to her employers in Qatar for her  unbecoming behaviour.
at June 30, 2016