Why whole world is trying to determine this crocodile's location

Sarah Adoyo 6 hours ago 10336
– A photograpgh of a giant crocodile on Facebook has sent social media into frenzy
– Three men stand on each other’s shoulders to show the length of a monster animal
– People are still guessing where the crocodile was caught — in Zimbabwe or Australia
A picture of an enormous crocodile caught at an unknown location has frightened people from Australia to Africa and even the United Kingdom. 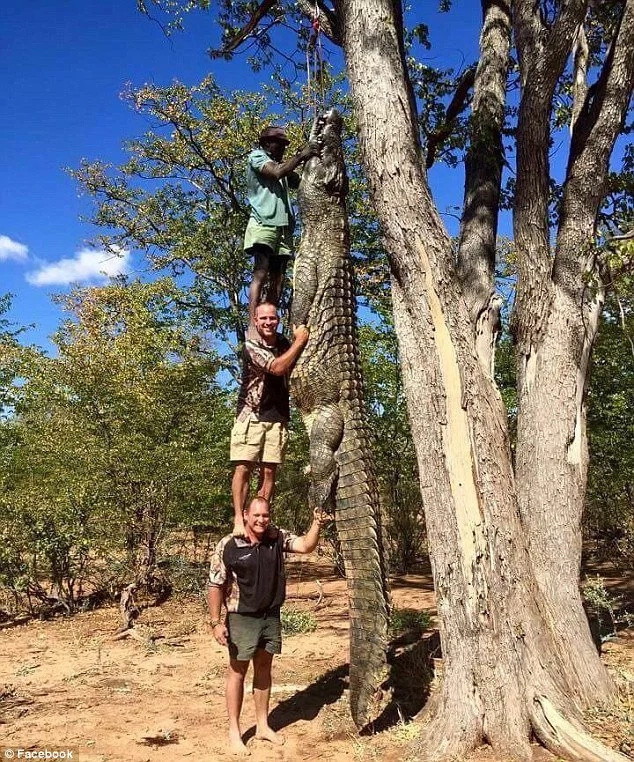 Three men stand on each other’s shoulders to show the length of the monster crocodile hanging from a tree
The photo shows three men standing on each other’s shoulders to show the jaw-dropping size of the giant beast that hangs from a tree.
READ ALSO: LOL: Kenya’s oldest crocodile set to wed two ladies at Mamba village
No wonder it caused such a reaction — thousands of people from around the world rushed to locate where the massive creature was caught and who are those daredevils. 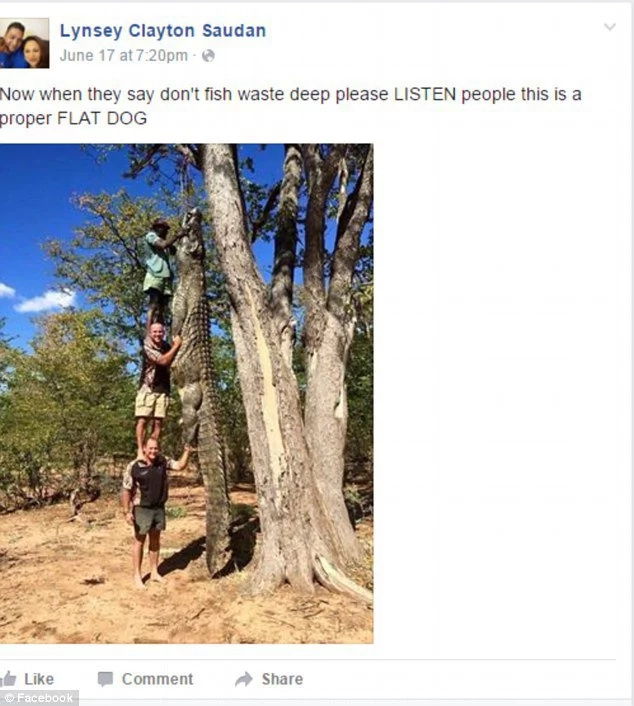 Lynsey Clayton Saudan from the UK, but who is originally from Bulawayo in Zimbabwe, posted the picture on her Facebook page
The original image was uploaded to Facebook by Lynsey Clayton Saudan with the caption: “Now when they say don’t fish waste (sic) deep please LISTEN people this is a proper FLAT DOG.”

The viral photograph has now been shared more than 12.000 times with many still trying to guess the animal’s origin.
READ ALSO: Crocodile, dolphine or whale? Internet goes crazy (photos, video)
Mrs Saudan, who lives in the UK for some time, is originally from Bulawayo in Zimbabwe; she also uses a local slang for crocodile calling it ‘flat dog’
at June 28, 2016