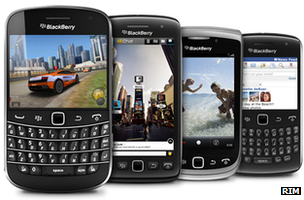 Nokia has asked courts in the US, UK and Canada to block sales of rival Blackberry smartphones.

It follows a patent dispute between the Finnish company and Blackberry's parent, Research In Motion (RIM).

Nokia says an earlier ruling means RIM is not allowed to produce devices that offer a common type of wi-fi connectivity until it agrees to pay licence fees.

RIM said it would respond to Nokia "in due course".

"Research In Motion has worked hard to develop its leading-edge Blackberry technology and has built an industry-leading intellectual property portfolio of its own," it said in a statement - a possible signal that it might counter sue.

The clash is the latest in a series of legal distractions for the Canadian company at a time it is preparing to launch an operating system that could determine its survival.
Share drop
Nokia's action comes two months after an arbitration ruling by the Stockholm Chamber of Commerce in Sweden.

The organisation had been asked to act as an arbitrator in a dispute over RIM's use of handsets and tablets featuring wireless active network (WLAN) connections to the internet. All of RIM's current products use it. 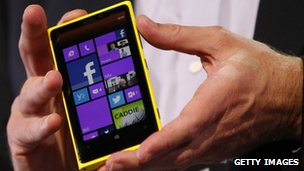 RIM had argued that an earlier licensing deal with Nokia meant it should not have to pay a separate fee for the technologies. However, the tribunal disagreed.

After news of Nokia's latest action was revealed by Computerworld magazine, RIM's shares fell more than 10% in after-hours trading. They later recovered the lost ground when the Nasdaq stock market re-opened.

When contacted by the BBC, Nokia confirmed it had taken action "with the aim of ending RIM's breach of contract", adding it would also continue to pursue a separate case against RIM in Germany involving antenna, email and navigation technologies.

Nokia noted it had licensed its intellectual property rights to more than 40 other companies. The revenue from such deals helps justify its current $11.8bn (£7.4bn) market valuation.
Patent wars
RIM is also fighting several other patent lawsuits at this time.

They include a dispute with Washington-based patent portfolio owner SoftVault Systems, which alleges RIM has infringed its anti-piracy DRM (digital rights management) technologies.

RIM is also involved in a case against California-based Lochner, which is suing a number of big-name tech firms over the way their devices play videos streamed over the internet. 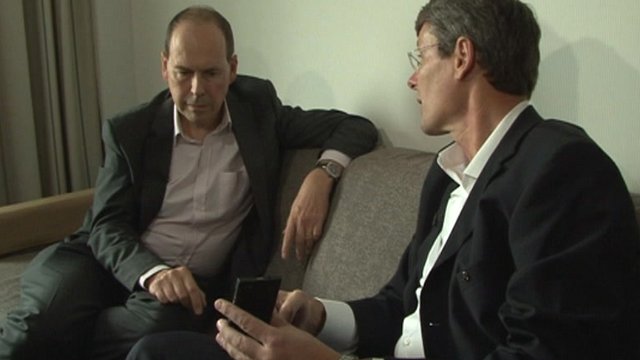 RIM has itself sued others in the past over patents, including Motorola - before the handset division was bought by Google - and the instant message software Kik,

However, the timing of the clash with a big-player like Nokia could be particularly troubling as it comes less than three months before RIM plans to release its first Blackberry 10 handsets.

"RIM has had a tough time losing market segment to other smartphones. And the future of the business is now going to be based on the success of its new operating system, which itself has been delayed," said UK-based patent attorney Andrew Alton, from Urquhart-Dykes & Lord, who has previously acted for Apple.

"Anything else that diverts attention from getting that out there and products shipped and bought is going to be detrimental for the business."
at November 28, 2012