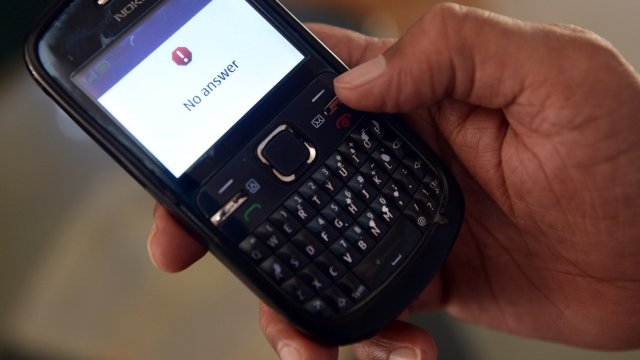 Pakistan's authorities are suspending mobile phone services in major cities to prevent sectarian violence during key Shia Muslim commemorations.
More than 90% of bombs are detonated by attackers using phones, officials say.
In some areas, motorbikes carrying passengers have been banned because of fears that this is how attackers could be brought to their targets.
Attacks on minority Shia by hard-line Sunnis have increased in recent months across Pakistan.
In the deadliest attack this week, 23 people were killed at a Shia procession in the city of Rawalpindi.
Aerial surveillance
On Friday, mobile phone services were temporarily blocked in parts of the capital Islamabad, the southern port city of Karachi, and in Quetta in the south-east.
The authorities said that more areas would be cut off over the weekend - the climax of the holy month of Muharram for Shias.
"More than 90% of bomb blasts have been carried out through mobile sims," Pakistani Interior Minister Rehman Malik told reporters.
"Most recently, all the blasts that occurred in the last 15 days were mobile phone-based," he added.
Thousands of extra police are also being deployed and aerial surveillance will be carried out to monitor Shia processions across the country.
Muharram marks the anniversary of the battle where the grandson of the Prophet Mohammad was killed.
at November 23, 2012