English or Hinglish - which will India choose? 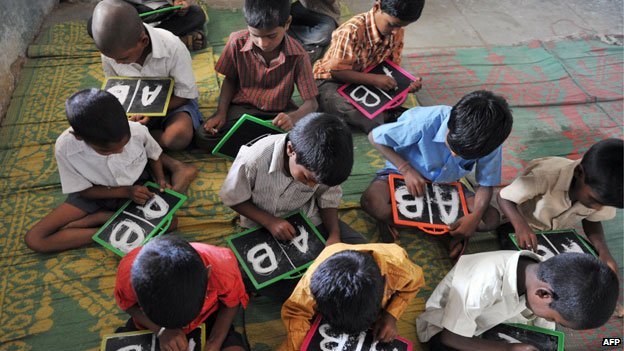 Today's aspirational Indians want their children to go to a school where lessons are taught in English. But often the pupils leave speaking a language that would not be recognised in London or New York. Could this Hinglish be the language of India's future?
Why, half a century after Indian independence, does English remain the language of higher education, national media, the upper judiciary and bureaucracy and corporate business?
The answer is that India, unlike its rival Asian giant China, has no truly national language of its own. Hindi, the official language of central government, is an artificial and largely unspoken 20th Century construct.
Even the colloquial Hindustani of Bollywood films is spoken by only 40% of the population, concentrated in the "cow belt" of northern India.
The rest of the subcontinent speaks hundreds of regional vernaculars.
Amid this Babel, English remains the country's only lingua franca.
Continue reading the main story

And some examples of Hindi-cum-English:
My own family are an illustration of this.
For my father, a Bombay Parsi, and my mother a north Indian Hindu, English was their common language, and my own mother tongue when I grew up in Bombay in the 1950s as one of Midnight's Children - as Salman Rushdie's novel describes those born around the time of Indian independence.
It was a cosmopolitan cultural identity reinforced by my elite Anglican school, its ethos summed up by the school anthem, sung to the tune of the Harrow Boating Song, with the opening lines: "Prima in Indis, gateway of India, door of the East with its face to the West".
I remember our resentment when new government decrees imposed both Hindi and Marathi (the regional majority language) as compulsory subjects.
India now claims to be the world's second-largest English-speaking country. The most reliable estimate is around 10% of its population or 125 million people, second only to the US and expected to quadruple in the next decade.
Continue reading the main story

The most vocal demands for English teaching now come from India's most disadvantaged communities.
Perched high up in an ugly Delhi tower block is a shrine to the newest deity in India's teeming pantheon - the Goddess of English. Her high priest is a Dalit (former Untouchable, according to India's historic caste system) activist called Chandra Bhan Prasad.
In his tiny apartment, the goddess blazes forth from one wall in the lurid colours of a bazaar poster. Modelled on the American Statue of Liberty, she is pictured against a map of India, wearing a sari and an English straw hat, standing on a computer and holding aloft a giant pink pen.
Continue reading the main story 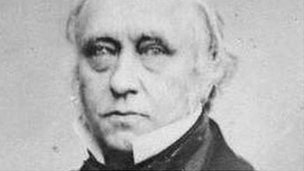 Beside the goddess hangs a portrait of her unlikely messiah, Thomas Babington Macaulay, the British Whig historian and statesman who brought English education to India way back in the 1830s.
Every year on 25 October, Chandra Bhan and his loyal band of devotees gather here to celebrate Lord Macaulay's birthday as English Day with a hymn of praise to the new deity: "Oh Devi Ma, please let us learn English! Even the dogs understand English."
Most of the hostility to English these days comes from hardline Hindu nationalists who condemn it as a Trojan horse of globalisation.
The Shiv Sena renamed Bombay Mumbai and forces shopkeepers to replace their English signs with Marathi, but its leaders still send their own children to expensive English-medium schools.
That is because English is now, more than ever, an essential passport to white-collar jobs.
Take up at vernacular schools has been declining significantly, as India's poor scrape together the funds to send their children to more expensive English-medium schools.
Continue reading the main story 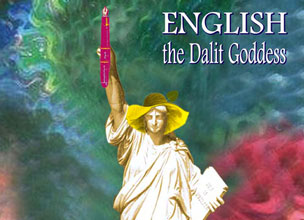 Most aspirational of all are the so-called "convent schools", founded by Christian missions. My own family's maid in Bombay spends a third of her monthly salary to send her child to St Theresa's, run by Catholic priests.
When I visited the school to see if she was getting her money's worth, I discovered that most pupils had little grasp of their medium of instruction.
At morning assembly, they recited the school prayer parrot-fashion in a sing-song which was hard to identify as English.
The principal, aptly named Father Goodwill, is fatalistic. "Most of the children here are from homes where no English is spoken - but in another 50 years' time, better English will trickle down," he says.
I could not help wondering if these children might be better off learning in their mother-tongues and studying English as a second language.
At a Marathi-medium school where volunteers run classes in spoken English, the organiser told me they were getting better results than at many schools with the more aspirational English-medium label.
Continue reading the main story

Hinglish, for all its occasional breakdowns of communication, is an authentically Indian hybrid”

"The profile of the first generation English learner is a bit schizophrenic, because they think and feel in their maternal language but need to use English in their professional world," she said.
This linguistic schizophrenia presents a huge commercial opportunity for hundreds of new language centres offering English to young, white-collar workers, who pay as much as half their monthly salary for evening classes.
With teachers whose own English is poor, places like these churn out people whose English may be barely comprehensible, as many of us discover when we speak to Indian call centres.
Continue reading the main story

More from the Magazine 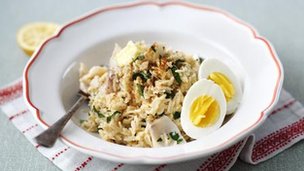 Kedgeree: A dish of seasoned rice. Hobson-Jobson defines it as "a mess of rice, cooked with butter and dal and flavoured with a little spice and shred onion."
Shampoo: To "knead and press the muscles with the view of relieving fatigue".
Pyjamas: A "pair of loose drawers or trousers, tied round the waist".
What is emerging from this jungle of poor teaching is not so much English as Hinglish, or what my parents' generation called Babu English - the language of clerks.
What makes Hinglish especially quaint is its love of the continuous tense and the way it dispenses with articles like "the" and "a". My own favourite examples are "head is paining" (headache) and "mother serious" (mother is very ill) - both handy excuses for leaving work early.
"The new Indian elite is a very diverse, first generation elite, and they don't have that old snobbery about the Queen's English," says novelist Namita Devidayal.
"One finds a growing ease in recreating the language to suit one's culture, which is a very hodge-podge culture, and one that's also comfortable in its own dysfunctionality."
Hinglish, for all its occasional breakdowns of communication, is an authentically Indian hybrid.
The trouble with dysfunctional Hinglish is that it can cause havoc when clear and precise communication is required, whether on a simple taxi ride or in more serious situations like hospitals and law-courts. Young Indians still need better quality, standardised English teaching if they want to access the global knowledge economy and stay ahead of eager new English-speakers in China or Argentina.
at November 27, 2012