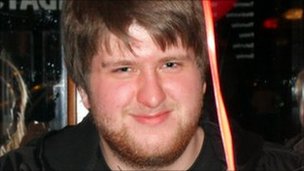 Chris Staniforth would spend up to 12 hours playing on the console.
Continue reading the main story

A man whose son died after playing video games for long periods is campaigning for greater awareness of the risk posed by their excessive use.
Chris Staniforth, 20, who would play his console for up to 12 hours, died in May from deep vein thrombosis (DVT).
His father David believes the condition may have been triggered by long gaming sessions.
DVT can form during long periods of immobility and can kill if the clots travel to the lungs.
Computer records showed his son would sometimes play online on his Xbox for periods up to 12 hours.
The coroner said a clot formed in Chris' left calf before moving to his lungs.
Once there, it caused a fatal blockage, known as a pulmonary embolism.
Mr Staniforth said: "After my research I saw there was no difference to Chris sitting at a desk on his Xbox and someone on a long-haul flight.
"Sitting still is literally the danger zone. Chris loved to play and would stay up all night.
"Millions of people worldwide are playing these games for hours, and there is a risk."
While Mr Staniforth has no problem with games consoles, he wants to highlight the heightened risk of DVT associated with being immobile, and is in the process of setting up a website.
In a statement, Microsoft, who manufacture the Xbox console, said: 'We have always encouraged responsible game play through our education campaigns such as Play Smart, Play Safe.
"We recommend that gamers take periodic breaks to exercise as well as make time for other pursuits." 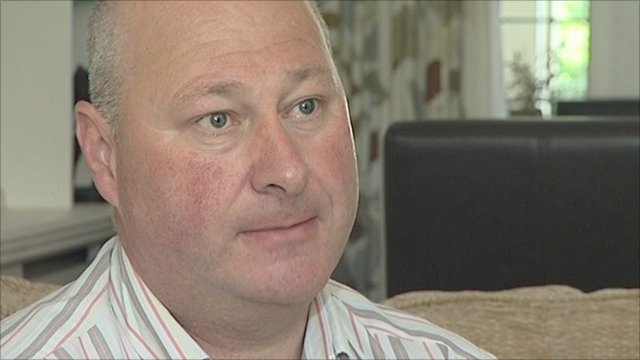 Click to play
David Staniforth calls for greater awareness of DVT after the death of his son, Chris
at July 30, 2011