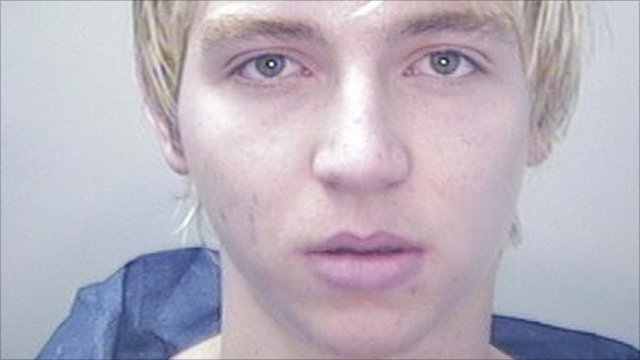 A 16-year-old boy who battered his former girlfriend to death has been publicly named for the first time after being found guilty of her murder.
Rebecca Aylward, 15, from Maesteg, was lured into a wood in Aberkenfig, near Bridgend, in October 2010.
Swansea Crown Court heard Joshua Davies "sometimes" hated Rebecca and a friend offered to buy him breakfast after suggesting that he "get rid of her".
Davies denied murder blaming his friend but will be sentenced in September.
An order banning the identification of Joshua Davies was lifted after he was convicted by a 10-2 majority verdict following the trial.
Rebecca's family clapped and shouted "yes" as the verdict was delivered after 19 hours and 55 minutes of deliberation, which began last Friday afternoon.
No emotion The defendant's mother was in tears, but he showed no emotion as the verdict was read out.
The Judge Mr Justice Lloyd Jones said Davies would be in custody for a long time, and he would have to decide on the minimum period in detention before he could be considered for parole. 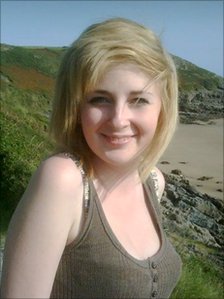 Rebecca Aylward's body was found in woodland near Bridgend
He added: "This is a crime in a small and closely-knit community and its right that the public should know there has been a conviction and who has been convicted.
"I accept that the weight given to the welfare of the boy changes now he has been convicted of a very serious offence."
The jury was told during the four-week trial that she died of head injuries caused by a rock, and was found still wearing new clothes bought for her the day before her death.
Rebecca's mother Sonia reported her missing when she failed to arrive back at the family home in Maesteg, near Bridgend.
Her body was found face down in the woods the next day.
The jury heard that the defendant had admitted to "sometimes" hating Rebecca and that he openly plotted to murder her sending chilling text messages to his friends about how he planned to do it.
That is when his friend had turned to him a suggested he "get rid of her," the defendant told the court.
The friend then told the defendant he would buy him breakfast if he did, the court heard, and the Davies replied: "You're on".
But the defendant denied that he was serious, saying: "No-one kills for a breakfast."
at July 27, 2011