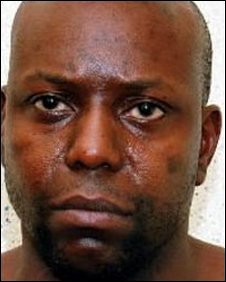 The inquest of a man killed by a cannibal in Broadmoor Hospital has heard details of how his attacker ended up in the high security facility.
Richard Loudwell died 41 days after being attacked by Peter Bryan at the Berkshire secure unit in April 2004.
A juror gasped as the coroner read harrowing details of how Bryan killed and ate another man in February 2004.
He was sent to Belmarsh Prison before being transferred to Broadmoor, 10 days before attacking Mr Loudwell.
The court in Windsor was also told that Bryan had previously spent eight years at Rampton Hospital for killing a 21-year-old woman with a claw hammer in 1993.
In the first day of the inquest, coroner Peter Bedford read a statement to the jury from a nurse at the Luton ward of Broadmoor.
'Grave risk'
She had discovered 60-year-old Mr Loudwell with head injuries on the floor of the ward dining room on 25 April 2004.
Bryan described to the nurse how he had attacked Mr Loudwell, hitting his head on the floor, and told her that he "wanted to eat him".
He had been admitted to the ward on 15 April, after a stay at Belmarsh prison where he was variously described as "unpredictable", presenting a "grave risk to others" and "extremely dangerous".
Mr Bedford told the jury that during the days that followed Bryan had appeared to staff to settle "well" on the ward and mix "appropriately" with other patients.
The inquest is expected to last two weeks.
at August 31, 2011