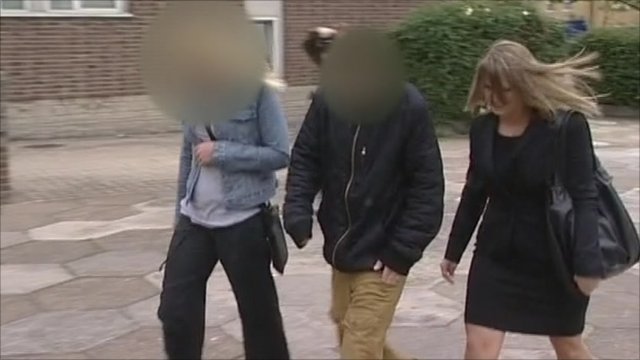 An 11-year-old boy has been given an 18-month youth rehabilitation order for stealing a bin during the recent riots.
The child, from Romford in east London, is the youngest rioter in London to face prosecution, according to police.
He committed the offence just five days after being given a referral order for arson and criminal damage over an unrelated incident.
The youngster took the waste bin, which was worth £50, from Debenhams in Romford on 8 August.
Cut bus seats
Havering Magistrates' Court was told a group of "males" had smashed the windows of the store, causing £6,000 of damage.
A policeman spotted the boy, who cannot be named for legal reasons, reaching in to take a bin that was on display, magistrates heard.
The boy, who admitted burglary, was given an 18-month youth rehabilitation order and told that his local authority would dictate where he lives for the next six months.
He was already under a referral order, put in place at the same court on 3 August, for an incident in July when he cut the seats of a bus with a Stanley knife and tried to set fire to the exposed foam. 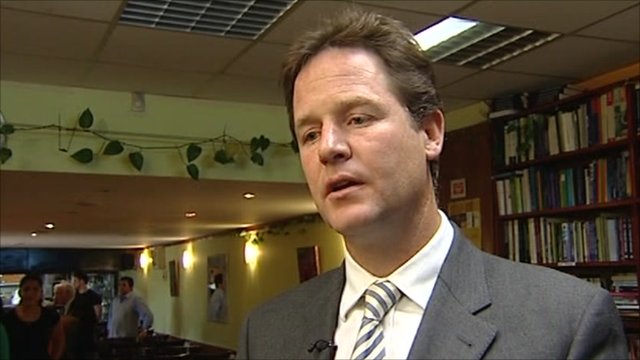 Click to play
Nick Clegg: "If you break the laws... you've got to face the consequences"
When the driver would not let him off, the boy threw a stone at the exit door of the route 174 bus and then kicked a hole in the shattered glass so he could jump out while the vehicle was still moving.
Passing sentence, District Judge John Woollard said boy, who sat in court next to his mother, had been involved in "major disorder" just days after appearing before magistrates.
He said: "My view is that the offence is a very serious one.
"If you were a little older you would be ending up in prison, you would be looked after there rather than elsewhere.
"You need to understand very clearly that you can't get away with committing offences of this nature."

Children's charity Barnardo's has voiced its concern over courts which punish children of this age for "minor offences", calling it "counterproductive".
Chief executive Anne Marie Carrie said: "The evidence shows that after a year, half of boys and girls at this age who are sentenced in court will have re-offended and their experience within the criminal justice system increases the likelihood that they will go on to commit further crimes."
She called on the government to invest in "more effective ways to stop youth crime, such as whole-family approaches like family intervention projects".
The Metropolitan Police has made 2,124 arrests following the disorder earlier this month, with 1,221 people charged.
Of those people charged, 263 were juveniles.
at August 31, 2011